Social selling of consumer products often includes sharable “unboxing video experiences” posted by influential reviewers and fans. They range widely in production values, but the secret is not just in the video. The key is in the star of the show—the box itself.

In 2011, Google popularized a concept dubbed the “Zero Moment of Truth” or ZMOT. It is the consumer’s experience of research and discovery, primarily on the web, learning about a product before they first experience it, often on a store shelf—Procter & Gamble’s “First Moment of Truth.”

The ZMOT is at the heart of all social selling. Of course, a brand’s web presence for a particular product must start with basic, easy-to-find feature descriptions, comparisons, pricing, use cases, and practical tips or how-tos. But it cannot stop there. It must also include product reviews, ratings, and other media designed to inspire the consumer and capture their imagination. Then, to complete the process, all this information must be readily shareable on social media. No matter how good your web promotional material is, there’s nothing so powerful as having it shared between trusted friends.

Increasingly, the preferred medium for this type of social influence is video. For consumer products, these videos feature shots of a purchaser holding, talking about, and or actually using the product. They can be elaborate commercials (think Super Bowl ads), or they can be strictly amateur productions.

The latter is typically impromptu footage—or made to look so—captured on smartphones and shared on social media. Often, they are produced by popular reviewers and influencers—who may or may not be compensated by the brands they promote. Their socially-shared video creates an emotional affinity—an “ah-ha” moment—that hopefully drives product purchases.

However, not all social selling videos are about the product, per se. An increasing percentage of shareable, ZMOT video features the box or package the product comes in. Specifically, the video shows the reviewer or influencer sharing their experience from the viewpoint of someone opening the product for the first time. The social selling “hook” is to convey the excitement of a first-time buyer when they open their newly purchased box.

There are many, many such videos on YouTube today, created by (probably) unpaid enthusiasts, especially for items like consumer electronics, cosmetics, and pop-culture memorabilia. (The last example comes with a language warning.)

Unboxing videos typically break the “shorter-is-better” rule for marketing videos, since they are designed to appeal to an already loyal fan base. They can also range in production quality—from simple, first-person vlogs to reality television-like shows such as Arun Maini’s MrWhoseTheBoss channel. (His over-the-top video, The $200,000 Smartphone Unboxing, contains many great examples of unboxing video technique, including point-of-view shots of each step in the process.) 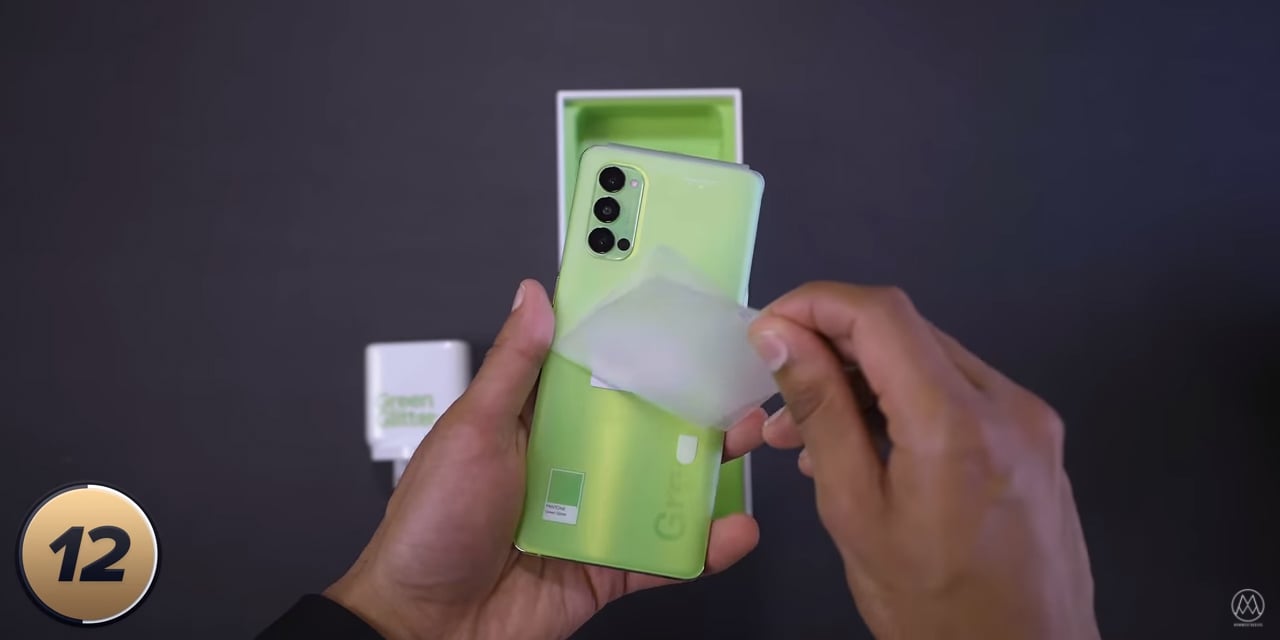 Even seemingly mundane aspects of product packaging (the protective plastic) can be filmed in a way that heightens the memorable, “you are there” experience, complete with enhanced sound. (From Arun Maini’s The $200,000 Smartphone Unboxing.)

The revenue model varies for videos of this kind. On YouTube, the poster will often add links for purchasing the item, as well as the usual subscribe buttons and sponsor links.

Although the popularity of unboxing videos is undeniable, marketing professionals should know the rules before entering the fray.

The Real Star of the Show

An unboxing video can follow all the rules and still fail as a social selling tool if the product box is just an ordinary box. Even the most die-hard fan of a particular product will likely not finish, much less share, a video of an uninspiring package design. But too few marketing professionals fully appreciate what makes consumer product packaging appealing—both on the store shelf and in a video.

Product packaging is the single most complex branch of printed graphic communication. It has to be practical—for both shipping and store display—as well as provide basic information (ingredients, parts, size, price, barcodes, safety information, the list is almost endless). On top of that, a package must also attract a shopper’s attention, given the fact that the time spent making the decision to pick it up from the shelf is only about 2.6 seconds. No pressure.

Other attributes of a product box communicate value—to the shopper in the store, to the customer who receives it in the mail, and especially to the person opening it for the first time. It’s visual layout, use of color, and typography are also essential, albeit subliminal ways to increase its perceived value. (In 2003, a University of Alabama study illustrated the powerful role of packaging in communicating brand meaning and strengthening the consumer-brand relationship.)

Even the weight and heft of the cardboard used for the box, as well as its texture and special printing and finishing effects, all send a subliminal message—one that cannot be literally conveyed in a video but must be described well. 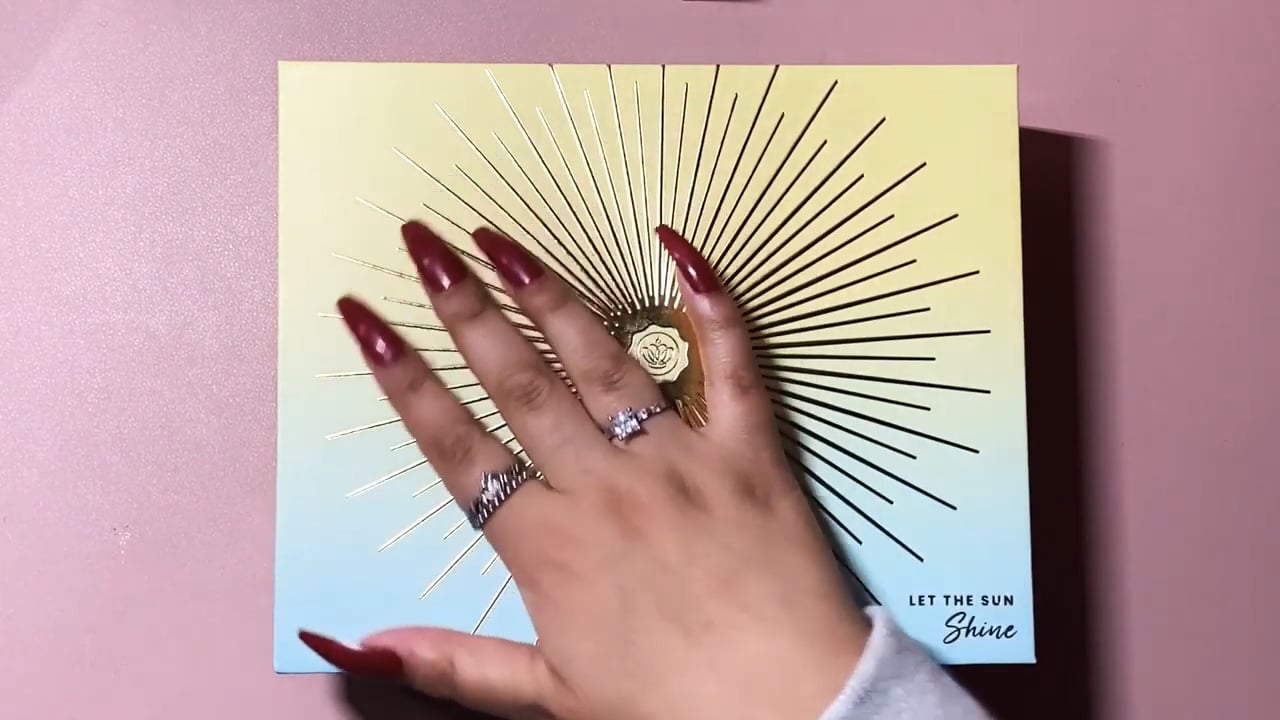 Common printing and finishing techniques, such as raised metallic texturing or embossing, can be filmed in a way that evokes the tactile experience of a package. (From ASMR’s GlossyBox May 2021 Unboxing.)

The outer box is just the beginning. Many consumer products (famously, Apple and Samsung smartphones) take special care to place individual components in their own, distinctive packaging within the main box, so that each new piece becomes its own, memorable step in the experience. In other words, when all aspects of the packaging are designed to be a pleasant process of discovery, then that process is ideally suited to be shared with others.

The principles of social selling are not new. People have been telling their friends and family members about the great new thing they bought for as long as we’ve been buying and selling great new things. The difference now is that we can amplify those stories via social media. And, because moving pictures speak louder than words, the best medium for sharing our delight in opening a new, well-designed product box is video that can be shared freely with online connections.

John Parsons is a Seattle-based business and technology writer and co-author of the IntuIdeas Video Marketing Guide (https://intuideas.com/video-marketing-resources).

Why You Need to Use Video Marketing