A press release is great for sharing your latest news with journalists.

Short, snappy overviews and punchy rundowns give your brand the attention it deserves; however, when it comes to shopping your release around, it’s a numbers game. The more people who read your press release, the higher the chance it will get placed in a good-fit publication.

There’s no better way to get more eyeballs on your press releases than a well-written headline — it’s the first thing journalists see. If it’s dull and dry, they’re not going to click through to read the full release. In fact, they might even delete it.

Avoid this by writing headlines that tell journalists and editors what they need to know in a way that’s actually interesting and engaging.

Here’s how to do that.

Get Journalists’ Attention with these Press Release Templates

When you submit your press release to news outlets, you need to be sure that your formatting can be easily understood and will not be off-putting to the people you rely on to share it — journalists. These templates will ensure your content finds its way into the hands of journalists, and that they won’t hesitate to share it.

Journalists receive hundreds of press releases each week. Your ultimate goal is to stand out in their overflowing inbox, which is not an easy task — especially if you’re not one-hundred-percent sure what your press release is about.

Before you even think about putting pen to paper or fingers to keyboard, it’s important to identify your topic.

Not only will this help you create a succinct headline that gets all the information across in a split-second, but it will help you determine other parts of writing and distributing a press release, like which journalists to target and which publications are a good fit.

There’s a good chance your press release is about one thing in particular. It might be the launch of a new feature, a virtual event you’re running, or the hiring of a new member of staff.

Your topic should form the foundation of your press release headline. Without it, journalists will be confused and won’t know what message you’re trying to get across.

If your press release encompasses a number of different topics, it helps to consolidate those — especially when it comes to your headline. This should focus on one element to avoid journalists scratching their heads and automatically resigning your release to their inbox bin.

Pro tip: start by listing out everything you want to include in your press release and rank them in a hierarchy of importance. One element is likely to be the most important or the most interesting — run with this one in your headline.

[Tweet “List out everything you want to include in your press release and rank them in a hierarchy of importance. One element is likely to be the most important or the most interesting — run with this one in your headline.”]

The easiest way to do this is to simply ask yourself, “What am I writing about?” When you can answer that, you can move on to the next step.

Every bit of news is exciting for you because it’s your business, but that doesn’t mean it will be immediately exciting for journalists and the general public. This is where your headline swoops in to bridge the gap. The idea is to identify a unique angle you can run with that benefits both your business and gives something back to the audience.

It’s difficult to find a completely unique angle to promote — especially in competitive industries that always have their fingers on the pulse.

Take some time to consider what makes your story stand out. Is it because your brand is the oldest in the industry? Is it because you’ve interviewed a well-known public figure about an otherwise common topic?

This press release from Dunkin’ Donuts stands out because they’re the first brand to use this specific feature. 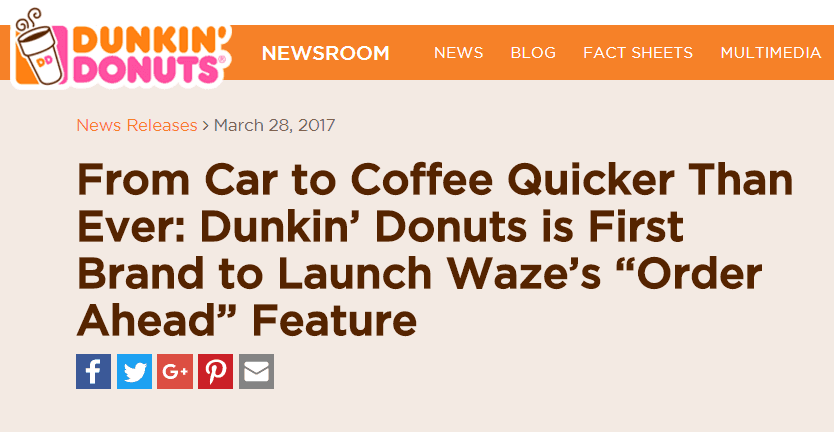 How can you summarize that story in one headline and one paragraph?

This is where it gets tricky.

Trying to distill your main message into a single sentence is like trying to stuff a round peg in a square hole. A good way to look at it is to think about what information readers need to know right away.

This press release headline promotes a new study and picks out a key finding from the study that readers will find particularly compelling.

Step 3: Write Tons of Options for Your Headline

No one ever writes their best headline the first time around.

In fact, it can take 20 or more tries until you start getting anywhere remotely close to something that will grab attention and pique journalists’ interests.

[Tweet “It can take 20 or more tries until you start getting anywhere remotely close to something that will grab attention and pique journalists’ interests.”]

Open up a document and start typing.

Jot down anything that comes to mind, but remember to incorporate some of these headline writing tactics:

Once you’ve got a huge list of headlines to work with, you can start putting them through CoSchedule’s Headline Analyzer Studio.

Doing this will give you quick insights into the headlines that will work best. The tool gives you a score out of 100 and marks you down for using common, unengaging vocabulary. You’re able to quickly compare the scores of each headline, side-by-side, to see which one comes out on top. 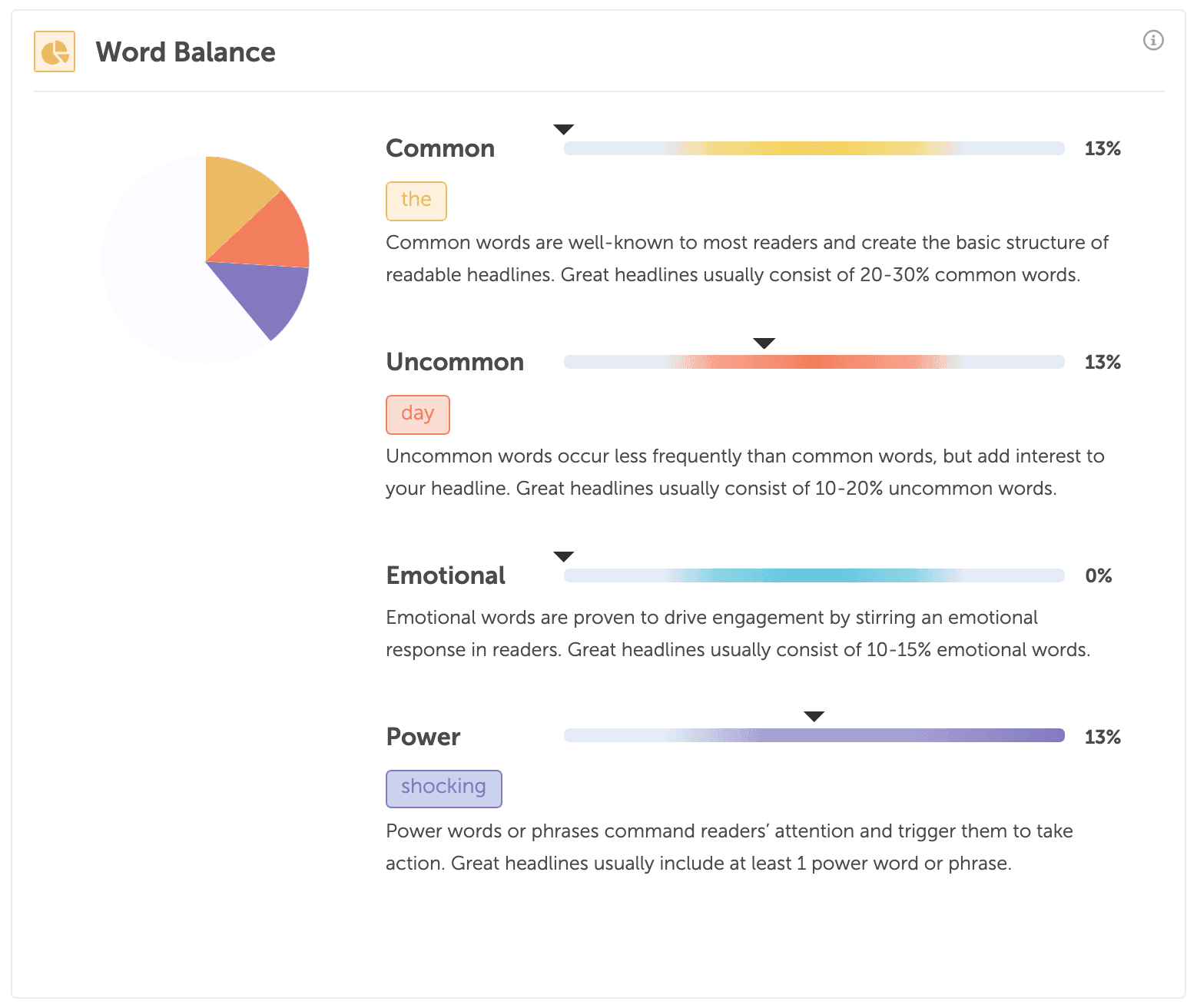 You’ll then be able to get a breakdown of each headline, including the number of emotional and power words included. Here, at CoSchedule, we try to shoot for scores over 70.

Recommended Reading: How to Write Emotional Headlines That Get More Shares

Play around with your headline ideas and try to create a headline that gets the highest score possible.

At this point, you should have some strong headline contenders.

Not only will you have a document packed full of headlines focused on the right topic, you’ll also have a better understanding of why people might be interested in your press release.

Finally, after running your best set of headlines through CoSchedule’s Headline Analyzer Studio, you’ll have several frontrunners that have returned a good score and have a decent amount of emotional, uncommon, and power words.

Wait a second though. You shouldn’t just go straight for the headline with the highest score. You want to choose one that has a healthy mix of emotional words and conveys the main topic and message of your press release.

Step 5: Write the Rest of Your Press Release

Your headline will now drive the rest of your press release.

Once you’ve nailed the topic and considered how you’ll make your release stand out, you can start crafting the body of it.

Keep your release structured and ensure each paragraph continues to hammer home the topic and the end goal. While emotional and power words don’t have as much of a place in the body of a press release, you can still use creative language to get your point across.

Check out our guide to writing press releases, which features several templates you can plug and play with right away.

We’ve pulled some real-life press release examples to show you what’s possible with a good headline. 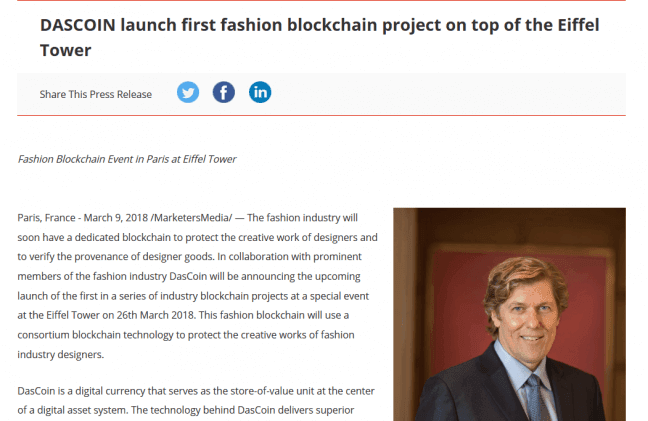 There are many things that make this headline stand out. Not only is DASCOIN the “first” to do something — which makes sure their story stands out — but it includes a quirky, but familiar, location.

Who doesn’t want to read about a project launching at the top of the Eiffel Tower?

2. Luxury Fitness Brand is Bringing Never Before Seen Concepts to the Industry This Holiday Season

This headline is timely in that it’s about a specific time of the year, but it also piques curiosity by promising something “never seen before”. Journalists will likely want to know what those unique concepts are and click through to have a look.

Using numbers or percentages in headlines can give them the extra spice they need to stand out in an inbox full of words.

This press release headline combines incredibly emotive words with a quote from the release itself. The powerful wording choices will, no doubt, compel journalists to find out more.

5. While Many Companies Are Laying Off Employees, Raleigh-Based Software Company Persistence AI is Hiring Hundreds for Its New Product

While this is a pretty lengthy press release headline, it does the job. It tells readers exactly what the release is about by using simple language that’s also relevant for the current times.

This headline uses both numbers (in a percentage format) and emotional language, like the word “Unprecedented”. It begins by sharing what the company is doing and what the outcome is from doing it.

Make Sure Your Press Releases Are Read By Using Irresistible Headlines

Press releases are an important opportunity for your business. They have the chance to propel your brand and its current news into the limelight — generating more eyeballs, more traffic and, ultimately, more sales.

[Tweet “Press releases have the chance to propel your brand and its current news into the limelight — generating more eyeballs, more traffic and, ultimately, more sales.”]

In order to spread your press releases far and wide, you have to get the attention of journalists in the first place. This means creating irresistible press release headlines that people can’t help but click.

Use the step-by-step guide we’ve laid out here, along with CoSchedule’s Headline Analyzer Studio, to craft informative yet compelling headlines that will actually get read.

Recommended Reading: How To Write Headlines That Drive Traffic, Shares, And Search Results

The post How to Write Press Release Headlines That Will Get a Journalist’s Attention appeared first on CoSchedule Blog.

25 Experts Reveal SEO Strategies You Need to Rank in 2022